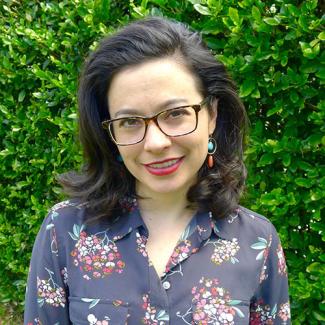 Claire-Marie Hefner (Ph.D. Emory University) is a cultural anthropologist who specializes in Islam, morality, gender, and education. Her current book manuscript, Achieving Islam: Women, Piety, and Moral Education in Indonesian Muslim Boarding Schools, is a comparative study of two Islamic boarding schools for girls in Yogyakarta, Indonesia. Achieving Islam examines how young Muslim women learn and engage with what it means to be pious, educated, and modern in contemporary urban Indonesia. Dr. Hefner’s most recent article, “On Fun and Freedom: Moral Learning in Indonesian Islamic Boarding Schools for Girls” (Journal of the Royal Anthropological Institute 2019) develops these themes further. In it, she argues anthropologists of morality and Islam should take seriously moments of fun as important instances for what she calls ‘moral ludus’ or ‘moral play’—the testing, shifting, and reshaping of the boundaries of moral behaviors that involves balancing the demands of various social fields and larger ethical community in which a person is embedded. She argues that these moments be viewed not as ruptures or instances of hypocrisy but as everyday occurrences of embedded agency in the lives of piety-minded individuals. She examines issues such as television viewing and dress to illustrate both the flexibility and fixity of moral values and evaluation in girls’ lives as they navigate relationships, careers, sexuality, and family.

Dr. Hefner is also developing a project on morality and digital media usage among Indonesian Muslim schoolgirls. This project looks at how young women innovate in their Internet and social media usage despite the highly restrictive access to online content while in school. In the age of hoaxes and fake news, she also explores issues of media literacy among students and the growing influence of neo-Salafi preachers and social media influencers on platforms like Instagram.