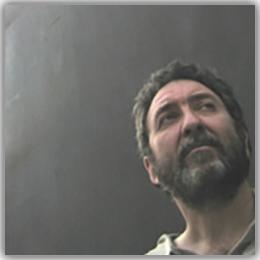 François Dupuigrenet Desroussilles graduated from the École nationale des Chartes and the Ecole des hautes études en sciences sociales in Paris (1976). He was curator of rare books in the Bibliothèque nationale (1978-1995), director of the French national school for librarians, ENSSIB (1995-2005), visiting professor at the University of Italian Switzerland (1998-2005), scholar in residence at the Ecole normale supérieure Lettres et sciences humaines(2005-2006), and curator of rare books at the Institut de France (2006-2007) before becoming professor of Humanities at FSU in 2008 and switching to Religion in 2009. For thirty years he taught and published research on the Bible in early modern Europe, the mise en page of Latin poetry during the Renaissance and Baroque era, and the Italian book in France during the sixteenth century. He was a founding member of the Consortium of European Research Libraries and a member of its board (1991-2004), and president of the Institut d’étude du livre (1988-1994) and the Institut d’histoire du livre (2002-2005).

His main book, Dieu en son royaume, presently under major revision, emphasizes the constant metamorphosis of biblical texts in France between the time of Saint Louis and the French revolution. A rigorous bibliographical analysis of Biblical production and diffusion leads to studies of the Davidic image of French kings, the Biblical tragedies of Racine or the religious grands motets of seventeenth century court composers. It is this approach that led him to join the history of text technologies initiative where textual culture encompasses the whole process of production, reproduction, circulation and reception of “texts” intended in the very wide sense that D.F. McKenzie gave to the word in his “heretical classic” Bibliography and the Sociology of Texts (1985).

In parallel to his work in the history of the religious book he edited in French major authors in the history of Christian  thought for the publisher Payot-Rivages: the Apocryphal Gospels in Voltaire’s translation, saint John, saint Augustine, Petrarch, Pascal, La Rochefoucauld.

Between 2007 and 2009, when he was a professor in the Humanities department, he taught graduate courses on The Bible as a Book (13th to 18th century) and The Visual Space of the Book. Antiquity to Twentieth Century. He is currently working on a book on Baroque religious Latin poetry, and one on French and English sovereigns and the Bible.