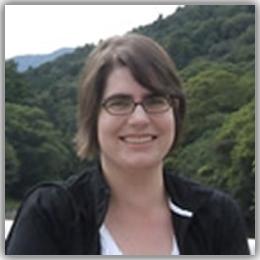 Kristina Buhrman (PhD, University of Southern California) is a historian of Japanese religions, specializing in the pre-modern period (before 1600). Her research investigates how individuals saw and articulated their understanding of their place in the universe, and how this influenced their actions, particularly to ensure safety. In particular, Kristina has focused on Onmyōdō (an evolving collection of ritual and divinatory techniques that emerged in tenth century Japan) and Sukuyōdō (a form of horoscope astrology associated with Buddhist monks). Her book manuscript, The Rule of Time, focuses on the astronomical, cosmological, and political forces that shaped debates about the calendar in Japan's seventh through twelfth centuries. These interests have lead to publications and collaborations in the history of science in East Asia. She has also recently begun a long-term research project examining disasters, kuyō, and memorialization in early-modern Buddhism.