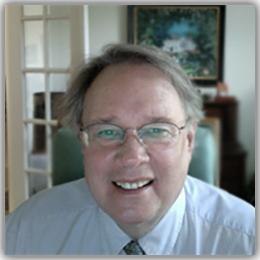 Sumner B. Twiss is the Distinguished Professor of Human Rights, Ethics, and Religion at Florida State University, where he holds a joint appointment between the Department of Religion and the Center for the Advancement of Human Rights, and he is also Professor Emeritus of Religious Studies at Brown University, where he served on the faculty for thirty years and as department chair for twelve years. He is the co-author or co-editor of seven books (as well as a contributor to them), and the author of over sixty published articles in the areas of comparative religious ethics, biomedical ethics, philosophy of religion, global ethics, intercultural human rights, and the comparative study of just war. He is former co-editor of the Journal of Religious Ethics (2001-2011) and the Annual of the Society of Christian Ethics (1995-2001), as well as former senior editor of the book series Advancing Human Rights (2003-2008). He is currently completing three additional book projects: Religion and Public Policy: Human Rights, Conflict, and Ethics (co-editor, with R. Petersen and M. Simion, and contributor; forthcoming from Cambridge University Press); Chinese Just War Ethics: Origin, Development, and Dissent (co-editor, with P.C. Lo, and co-author of three chapters; forthcoming from Routledge); and The Practices of Global Ethics: Historical Developments, Current Issues, and Future Prospects (co-author with F. Bird et al). His recent teaching has focused on such topics as: Confucian moral and political thought; crimes against humanity and international criminal justice; the law and ethics of torture; religion, politics, and genocide; and the history and ethics of humanitarian intervention.

(21)  Sumner B. Twiss, “Christian and Confucian Influences on the Universal Declaration of Human Rights: A Comparative Inquiry,” in Proceedings of the First Nishan Forum on World Civilizations(Shandong, China: Nishan Forum, 2010), vol. 2, pp. 632-652 (in both Chinese and English).

(25)  Sumner B. Twiss and Jonathan Chan, “The Classical Confucian Position on the Legitimate Use of Military Force,” in Journal of Religious Ethics 40/3 (September 2012): 447-472.  Also a revised version due to appear in Lo and Twiss, Chinese Just War Ethics (see books for full citation), chapter 4.

(29)  Sumner B. Twiss, “Roger Williams and Freedom of Conscience and Religion as a Natural Right, in Twiss, Simion, and Petersen, Religion and Public Policy (see books for full citation), pp. 45-76.

(33)  Sumner B. Twiss, “Religion, Politics, and Genocide,” in Bird, Twiss, Pedersen, Miller, and Grelle, The Practices of Global Ethics (see books for fuller citation), chapter 5 (47-page manuscript) (primary author).  It is also possible that an altered version of this chapter will be published in Kevin Schilbrack (ed.), The Blackwell Companion to Religious Diversity (Oxford, U.K.: Wiley Blackwell, publication date unknown).