The Florida State University Department of Religion is pleased to announce its 14th Annual Graduate Student Symposium to be held February 20-22, 2015 in Tallahassee, Florida.

Last year’s symposium allowed over 45 presenters from over 15 universities and departments as varied as History, Political Science, Philosophy, Religious Studies, and Classics to share their research, learn from one another, and meet many of their peers and future colleagues.

Dr. Bruce Lincoln, of the University of Chicago, will deliver this year’s keynote address. His lecture is titled “A Seventeenth Century Werewolf and the Drama of Religious Resistance.”

Due to our commitment to collaborative scholarship, students from all fields with interdisciplinary interests in the study of religion and at all levels of graduate study are encouraged to submit paper proposals.

Possible topics include, but are not limited to: Subversion of Authority, Power and Hierarchy, Practice and Ritual, Conflict and Violence, History and Myth Making, Emotion and Healing, Textuality and Control, Space and Dominance, Gender and Identity.

Presentations should be approximately 15 to 20 minutes in length and will receive faculty responses.  In addition, every year respondents select the best graduate paper to receive the Leo F. Sandon Award, an endowed award named for the Religion Department's former chair.

Thank you for your interest.  We look forward to hearing from you or your students and seeing you at the 2015 Graduate Student Symposium at Florida State University. 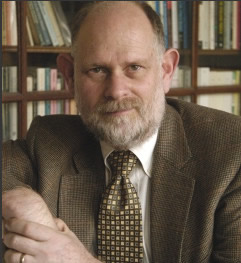 On February 20, 2015, Dr. Bruce Lincoln, the Caroline E. Haskell Distinguished Service Professor of the History of Religions in the Divinity School of the University of Chicago, gave a keynote speech at the 14th annual Graduate Symposium of the Department of Religion at FSU entitled, “A Seventeenth-Century Werewolf and the Drama of Religious Resistance.”