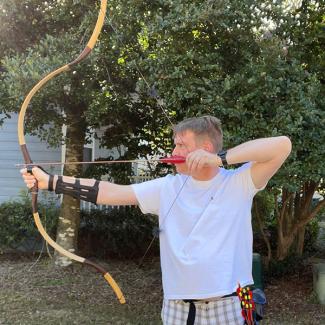 Adam Gaiser (Ph.D. ’05, University of Virginia, History of Religions) teaches courses in Islamic studies. His research focuses on the development of early Kharijites and Ibadiyya, and on medieval Muslim sectarianism in general. Dr. Gaiser also teaches courses on Shi‘ism, Islam in North America, Islamic Law, the Prophet Muhammad and the Qur’an.

An Introduction to Ibadi Islam (Contracted with Cambridge University Press)

Abstract: An Introduction to Ibadi Islam provides a scholarly and comprehensive introduction to Ibadism and the Ibadiyya, a group of Muslims who are neither Sunni nor Shi’i. Beginning with the core doctrinal distinctions that mark the Ibadiyya off from other forms of Islam, the work then moves to investigate their historical development from their origins in 8th century Iraq to their current presence in North Africa, the East African Coast and the Arabian Peninsula. While concise, this work intends to reflect the most updated scholarship in the field of Ibadi studies, while introducing the many aspects and histories of Ibadism under one cover.