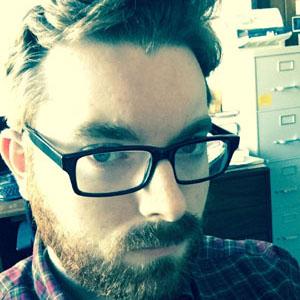 Adam Sweatman (PhD 2019) researches the relationship between religion and aesthetics in twentieth-century U.S. history, with a focus on developing new methods for analyzing the connection between perception and identity.  He has strong interests in the history of evangelicalism, particularly progressive evangelical movements, and the intersection of religion and American pragmatism.  He has taught courses in world religions and religion in the Unites States.

His dissertation, titled “Interpretations of Santayana and Religion: History, Aesthetics, and Identity,” looks at the life and work of George Santayana, and particularly his definition of religion as a type of poetic production.  Building on the work of William Clebsch and Henry Samuel Levinson, he demonstrates that the “aesthetic tradition of American spirituality” Santayana inherited from William James extended a method of engaging with religion that began with Jonathan Edwards and was refined during the nineteenth century by Ralph Waldo Emerson.  This aesthetic tradition shaped the way Santayana developed his own national, racial, and religious identity, and it played a role in broader twentieth century American conversations about identity formation.