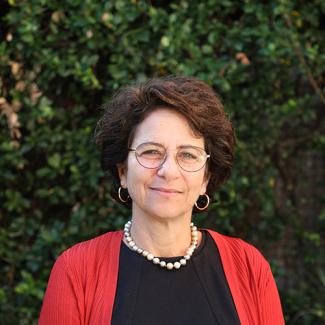 TBA and by appointment

Aline Kalbian (Ph.D., University of Virginia, Religion and Ethics) is Associate Dean of the College of Arts Sciences. Her areas of expertise include religious ethics, medical ethics, gender and Catholic ethics. Her research focuses on how moral traditions develop and change over time, especially on matters pertaining to gender, sexuality, and medicine. She is the author of numerous articles and two books: Sexing the Church: Gender, Power, and Ethics in Contemporary Catholicism (Indiana University Press) and Sex, Violence, Justice: Contraception and the Catholic Church (Georgetown University Press). Kalbian co-edited the Journal of Religious Ethics from 2011 to  2021.