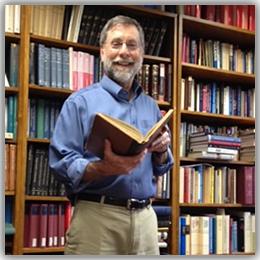 David Levenson (Ph.D. '80, Harvard University, New Testament and Christian Origins) teaches introductory and intermediate-level courses in New Testament and ancient Judaism and advanced courses in "Greek Religious Texts," "Religions of the Graeco-Roman World," "Judaism in the Graeco-Roman World," "Rabbinic Judaism in Antiquity," "Jewish-Christian Relations in Antiquity," and Greek, Hebrew. Syriac, and Aramaic. He also regularly offers undergraduate and graduate seminars on the gospels. Professor Levenson's primary research areas are (1) Jewish-Christian relations in Antiquity with special attention to images of Jews and Judaism in popular narratives and historiography from the first through the fifth centuries and (2) Josephus. He is currently engaged in writing a commentary (which will also include a new translation) with Thomas Martin, College of the Holy Cross, on Book Six of Josephus' Jewish War, for the new Josephus Commentary series edited by Steven Mason, and published by E.J. Brill. He and Professor Martin are also working on the ancient Latin translation of the Jewish War, with the aim of producing a critical edition of Book Six. In addition to work on Josephus, and ancient Jewish-Christian relations, Professor Levenson is preparing a translation and commentary for the Hebrew Apocalypse of Elijah (Sefer Eliyyahu).