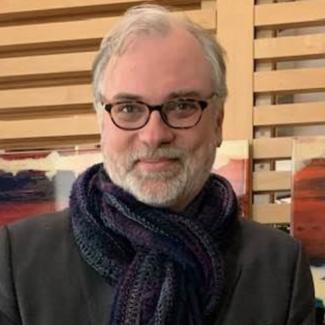 My research over the last two decades has treated how Jews in the modern West have appropriated, and resisted appropriating, various ideas and arguments in the canon of modern Western philosophy—or in other words, how Jews have articulated both their commonality with Western culture, as well as their difference from it. My first book, Jewish Messianism and the History of Philosophy (Cambridge University Press, 2004), argued that a significant strand of thinkers in the modern Jewish philosophical canon—Hermann Cohen, Franz Rosenzweig, and Emmanuel Levinas, with some premonitions in the writings of Moses Maimonides—used the premises of various philosophical accounts of nonbeing and potentiality to ground their defense of the belief in a messiah who has not yet arrived. It received the inaugural Jordan Schnitzer Book Award in Philosophy and Jewish Thought from the Association of Jewish Studies in 2008, awarded to outstanding scholarship in that subfield published between 2004 and 2008.

My second book, the long-gestating The Perils of Covenant, is an argument that the so-called “covenant theology” that became popular in American Jewish thought after World War II as a means of distinguishing Jews from secular culture is politically obsolete at a time when Jews’ and Americans’ “enemies” are no longer godless communists but other religionists. In addition, I argue that articulations of covenant in twentieth-century Jewish thought are philosophically powerless to deal with the suffering and evil that can and does occur in history. A draft of the introduction appeared (split between two different essays) in 2016; drafts of other chapters (on Abraham Joshua Heschel, Martin Buber, Franz Rosenzweig, and others) have appeared over the last decade.

I have also co-edited four books. Two of these are expressions of my deep love for my teachers: a reader of essays by David Novak (of the University of Toronto) entitled Tradition in the Public Square, and a volume of essays on the work of the late Edith Wyschogrod (of Rice University) entitled Saintly Influence. In addition, in April 2012, Cambridge University Press published The Cambridge History of Jewish Philosophy: The Modern Era, which is the most substantial multi-author volume to take a thematic approach to the field. In late 2013, Indiana University Press published Judaism, Liberalism, and Political Theology (co-edited with Randi Rashkover), a constellation of essays treating the relationship between Judaism and the political in the canons of modern Jewish philosophy, European "political theology," and scholarship on Judeophobia.

My research has been funded by the Center for the Study of Religion at Princeton University, as well as the Katz Center for Advanced Judaic Studies at the University of Pennsylvania, as well as many internal grants at FSU. At present, I am attempting to put the final touches on The Perils of Covenant while I begin co-editing a volume (with Anne Dailey of the University of Connecticut School of Law, and Lital Levy of Princeton University) emerging from the Katz Center's 2015–16 fellowship year.

My CV, accessible from this page, lists my articles and sundry short pieces. I am happy to send copies of my work upon request to other scholars who do not have access to various databases, journals, or volumes.

During my time at FSU, I have taught the following courses (in addition to several reading courses in response to student requests):