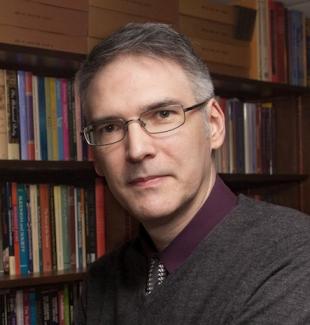 Bryan J. Cuevas (Ph.D., University of Virginia) joined the Department of Religion faculty in Fall 2000. He teaches graduate and undergraduate courses in Asian religious traditions, specializing in Tibetan and Himalayan Buddhism, Tibetan history, language, and culture. His principal research interests focus on Tibetan history and biography, Buddhist magic and sorcery, and the politics of ritual power in premodern Tibetan societies.

Dr. Cuevas has been a Member of the Institute for Advanced Study in Princeton, NJ, and has held visiting appointments at UC Berkeley, Princeton University, and Emory University. His research has been supported by fellowships from the John Simon Guggenheim Memorial Foundation, the National Endowment for the Humanities (NEH), and the American Institute of Indian Studies (AIIS), as well as grants from public and private endowments.

His recent articles and reviews have appeared in the Journal of the Royal Asiatic Society, Journal of Asian Studies, History of Religions, Journal of the International Association of Tibetan Studies, and Revue d’Etudes Tibétaines, as well as contributions to several anthologies on Tibetan Buddhist literature, history, art, and ritual studies.