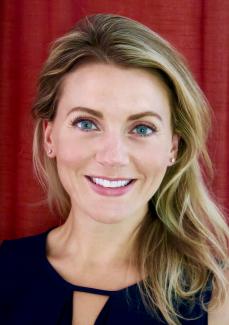 Elizabeth A. Cecil (Ph.D. 2016, Brown University) is a historian of Hindu religions in early South and Southeast Asia with Sanskrit and Hindi as her primary research languages. Her work integrates the study of text, image, monument, and landscape to better understand religion as a spatial, material, and ecologically grounded practice.

Since Elizabeth’s research relies on the synthesis of primary sources, both textual and material, her research agenda is philologically and archeologically grounded and defined by a rigorous program of field research. She has conducted fieldwork across South and Southeast Asia (India, Nepal, Cambodia, Thailand, Laos, Vietnam, and Java) and cultivated multiple sub-specializations in the material cultures of these regions. Her textual scholarship focuses on Sanskrit inscriptions and narrative literature—particularly the genres of purāṇa and māhātmya—concerned with communicating religious identities and mapping sacred geography.

With her first book—Mapping the Pāśupata Landscape: Narrative, Place, and the Śaiva Imaginary in Early North India (2020)—she explores the sacred geography of the earliest community of Śiva devotees called the Pāśupatas. This book brings the narrative cartography of the Skandapurāṇa into conversation with physical landscapes, Sanskrit inscriptions, monuments, and images in order to examine the ways in which Pāśupatas were emplaced in regional landscapes and to emphasize the use of material culture as media through which notions of belonging and identity were expressed. By exploring the ties between the formation of Pāśupata communities and the locales in which they were embedded, this study reflects critically upon the ways in which community building was coincident with place-making in Early Medieval India.

Research for Elizabeth's new book is supported by a Getty/ACLS Fellowship in the History of Art and an NEH Senior Research Fellowship from the Council of American Overseas Research Centers (CAORC). Previous projects have been funded by national and international organizations including the American Council of Learned Societies (ACLS), Social Science Research Council (SSRC), Council on Library and Information Resources (CLIR), Royal Netherlands Academy of Arts and Sciences (KNAW), International Institute for Asian Studies (IIAS), École française d’Extrême-Orient (EFEO), and the European Research Council (ERC).

Elizabeth's publications are available on her academia.edu page.

The Stephen Risley Family Fellowship was established in 1999 by the late J. Stephen Risley Jr. to support junior faculty in research as they work toward tenure. This fellowship will help support Prof. Cecil's second book project, provisionally entitled Natural Wonders: Political Ecology and the Building of Hinduism in Early Southeast Asia. 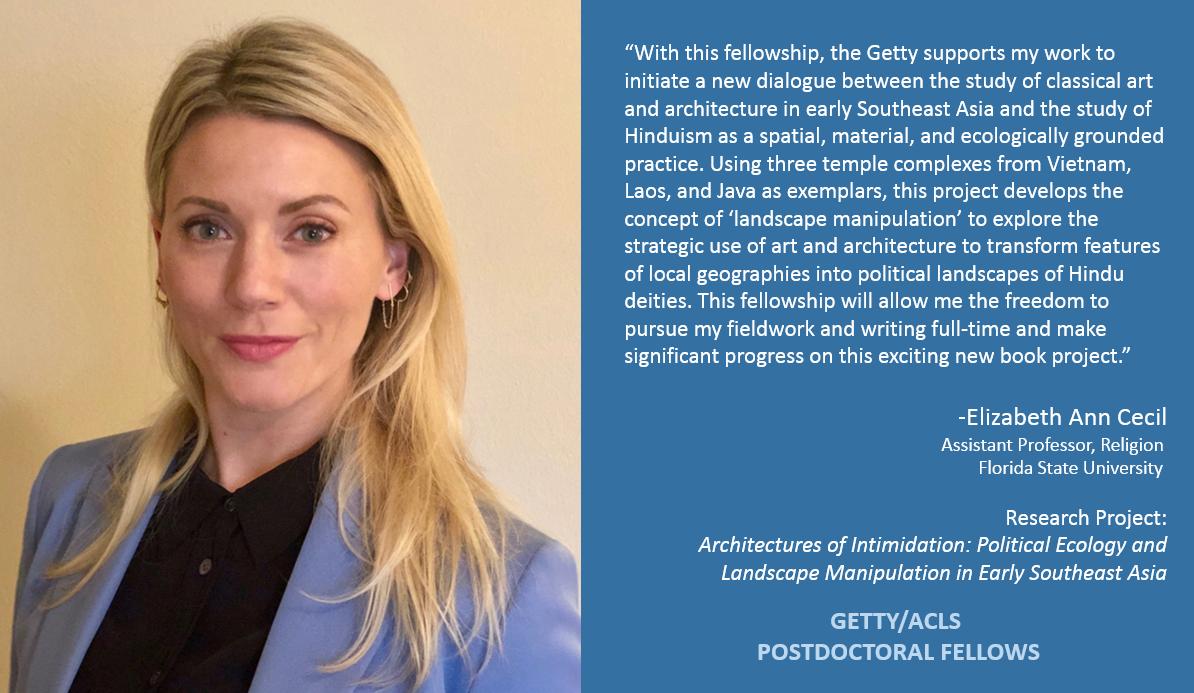